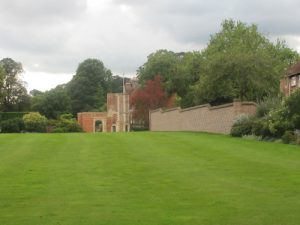 Ryecote Park was formerly the site of a manor house prior to a Tudor palace. The palace burned down in 1745 except for a tower and wall, the stables, and domestic buildings. The house was rebuilt from the 1760s and the parkland was landscaped by Lancelot Brown. In 1807, the house was demolished and building materials sold. In 1911, the Tudor stables and domestic buildings were converted into a family home. Subsequently there have been several changes in ownership, and from 2000 there has been major restoration to the house and gardens, involving landscape architect Elizabeth Banks.

Brown was commissioned to landscape the grounds in the 1770s by Willoughby Bertie, 4th Earl of Abingdon. There are financial statements recorded for Brown’s work including payments to his Drummond’s Bank account totalling over £2,500, and a smaller undated payment shown in his account notebook. However, there is little physical evidence of Brown’s work although it is thought that his landscaping included the conversion of fishponds into a serpentine lake, the building of an icehouse, and the creation of a fosse.

The lake at Rycote is typical of Brown’s water features. Recent dredging has revealed a Georgian wall across the middle, possibly used as a dam when the lake was under construction. There is a sluice at the lake outflow and a complex drainage system with a ditch running along the far side of the lake. This crosses under the end point of the lake out into a ditch. There is also a ‘T’ junction that eventually drains into the nearby River Thame. On the far side of the lake there is a series of pools below the level of the lake. Recent landscaping has provided views of the lake from the house.

The icehouse, which has been recently restored, comprised a brick vault under an earth mound. The fosse (a ha-ha without a stone or brick facing) beyond the pleasure grounds is also thought to have been a feature designed by Brown. There are a few veteran trees at Rycote that could have been planted during the 18th century landscaping, as well as possible suckers of original trees planted by Brown in the pleasure grounds, and some evidence of poplars in a wooded area.

The restored and extended house is now a private family home. Around the house are formal gardens and a landscape park with a large lake and woodlands.  Many new trees have been planted in the areas of woodland and the gardens surrounding the house. There is also a productive walled kitchen garden and large glasshouse. The park currently occupies 223 hectares.

The chapel, whose chantry was consecrated in 1449.

The surviving 16th century tower of the Tudor Palace.

The recently restored icehouse, the lake and the fosse ─ all presumed to be by Brown.

The yew tree near the chapel is thought to have been planted around 1135.

An oriental plane, Platinus orientalis, is thought to have been planted in 1605.

The Tudor tower and wall survive.  The presumed Brown lake and icehouse have been substantially restored. 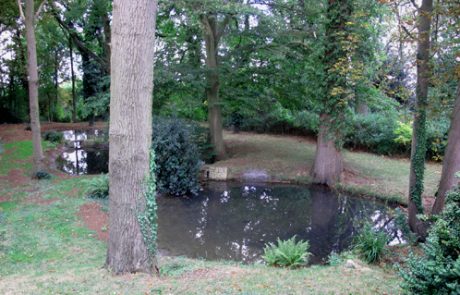 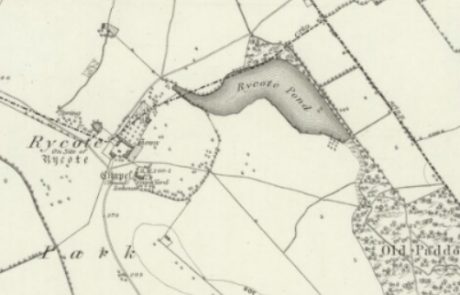 In private ownership. The chapel and icehouse are accessible to the public. Other areas can be visited by arrangement.