The Tudor house, c 1630, was built by William Wyckham on the site of monastic buildings formerly belonging to Abingdon Abbey but is best known as the home of Lady Ottoline Morrell, the Bloomsbury socialite. Bought by the Morrells in 1914, they engaged Philip Tilden to restore the crumbling farmhouse whilst simultaneously Lady Ottoline redesigned the gardens, inspired by the Villa Capponi, Italy.  As well as the famous yew garden there is an interlinked Italian garden of yew hedges enclosing a large ornamental pool, a wild garden and two monastic fish ponds, possibly medieval.

The garden of 0.15 ha lies to the east of the house.  It is rectangular in shape and is adjacent to the house and terrace on the west, a frameyard to the north, and an open barn to the east. The south wall, which looks towards the dovecote, is a low retaining wall.

The 1st edn OS (1881) map indicates that this was a productive garden, with perimeter paths, three large beds and a glasshouse against the north wall. In the frameyard, garden buildings  and a further glasshouse against north wall are indicated.  The north, east and west walls are constructed variously of limestone rubble and brick, in both English, Flemish bond and English Garden Wall Bonds. The south retaining wall is dry stone walling. There are buttresses against the north wall both inside and out.

The glasshouse inside the garden on the north wall is no longer extant. There are three glasshouses, (one of arched concrete construction with a metal frame, a good example of a 1950s construction), two cold frames, a gardener’s bothy, pigstys, a gardener’s wc and the remnants of a coal store, in the frameyard. 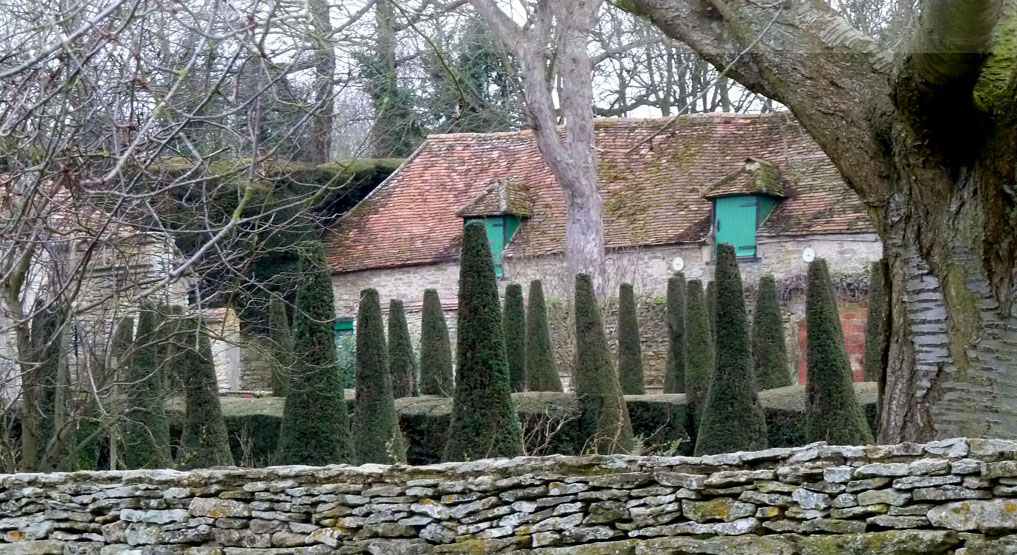 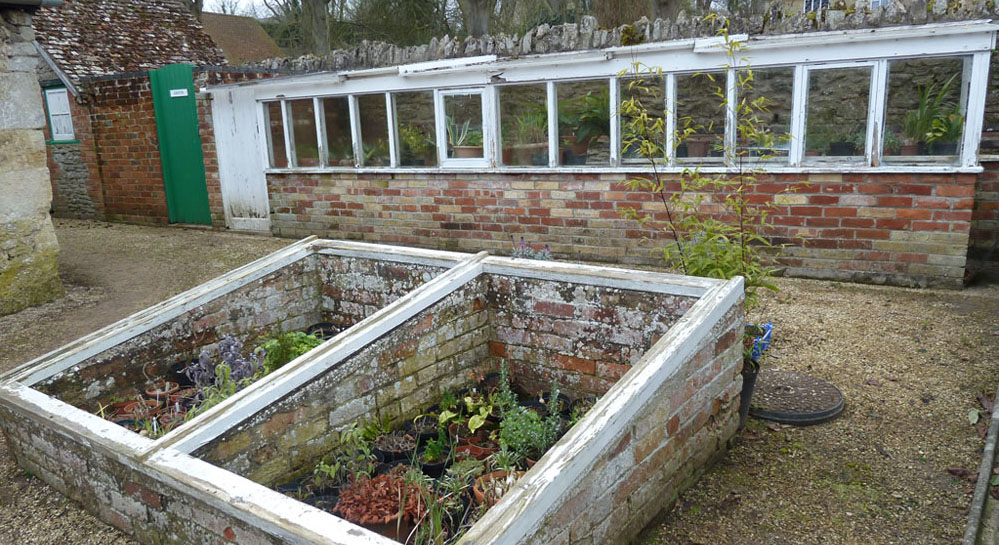 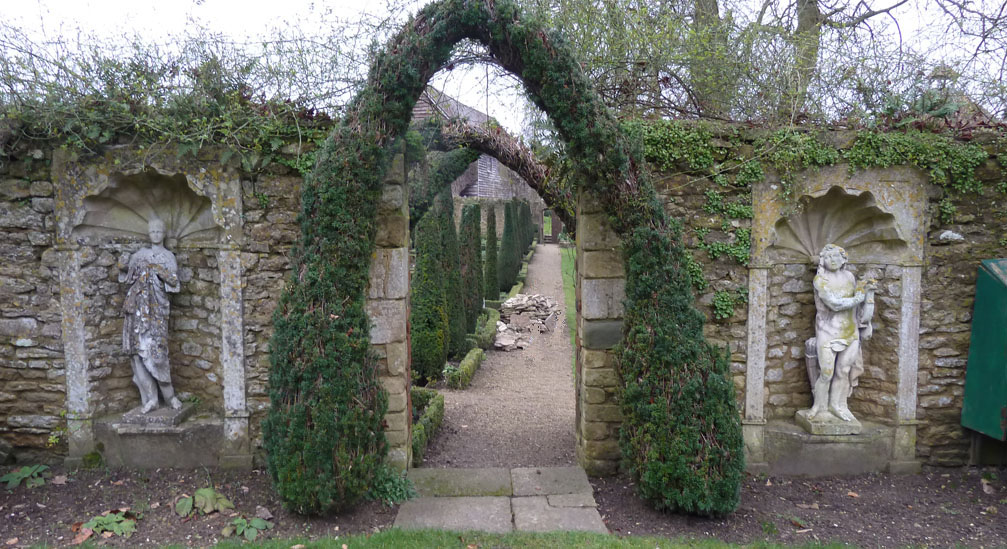 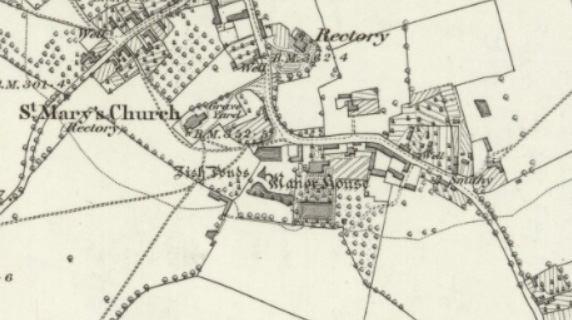 The garden was redesigned in the 1930s and now presents as an Italianate garden of 24 parterres with box hedging and Irish yews.

The classical statue of a female on the centre of the east wall.  The unusual trapezium shaped bastion in the south wall, protruding into the lower lawn, set with classical stone seats.

Garsington Manor garden is included in the Historic England Register of Historic Parks and Gardens, Grade II*.  Further information is available in the National Heritage List for England.

The 1930s garden and the walls are in good condition.  The 1950s glasshouse and frameyard are currently in use.

Privately owned, not open to the public except occasionally through NGS.