The Bridewell Organic Gardens are established in the walled garden of Wilcote Manor. Wilcote is a hamlet about five kilometres north of Witney. The current owners of the manor have allowed the charitable group behind Bridewell organic Gardens to use the walled garden as an organic garden and vineyard offering therapeutic services for those suffering from mental illness. Historically, this piece of land was donated by the Champney family in 1555 to Bridewell Hospital in London. The Champneys lived in The Manor at Wilcote, now known as Wilcote Manor.

The earliest map evidence for the Wilcote Manor walled garden is the 2nd ed. OS map of 1899 which shows a clear central path leading to buildings on the west side of the land. This map indicates a possible wall dividing the garden into two parts. The buildings with small enclosures may have been for animals. By the third OS map of 1922, the wall dividing the garden into two parts is no longer indicated.

It is unclear from the maps whether historically this was ever a productive walled garden and there is no evidence of trees, paths or glasshouses. The Bridewell Organic Garden started in 1994 and has built a number of fences and structures in a rectangular rural setting, encompassing the original walled garden and the fields beyond. 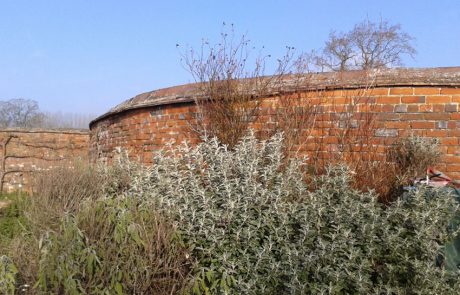 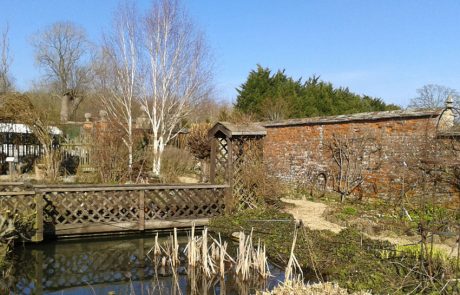 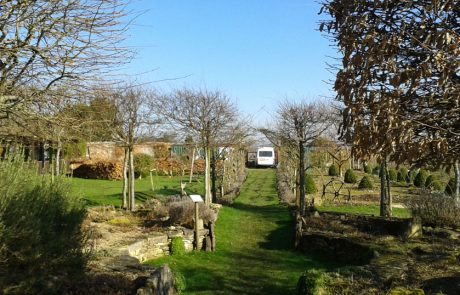 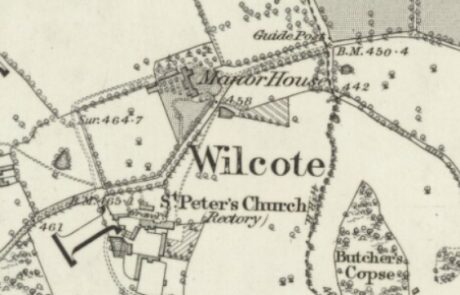