The manor house at Appleton village, six miles south-west of Oxford, lies on the south side of the village, adjacent to the church yard of St Lawrence. The house was built in the late 12th century, and altered and extended in the 16th, 17th and 20th centuries. In the late 20th century, the grounds and outbuildings were divided into two separate properties, with around two-thirds of the walled kitchen garden remaining with the manor house. The ornamental gardens of the manor house were recently redesigned by Arne Maynard.

The kitchen garden lies 30 metres to the north of the house, through the principal and nearest entrance, which is a limestone arched porch with wooden door. The 1st edn OS (1886) map shows the garden is irregular in shape, the long axis north-west to south-east, 0.2 ha in area. The seven original walls are complete, and in addition there is a modern coursed limestone wall across the north end that separates the two properties.

The 1st edn OS map shows perimeter and cruciform paths, which survive, but there are no glasshouses or other buildings indicated. The present glasshouse in the north-west quadrant is a restored example and not original to this garden. The cottage in the south-west corner was built in the 20th century as a gardener’s house.

The 18th century walls are either limestone rubble with brick or mortared copings (south and west walls), or are a combination of limestone rubble base with up to 15 rows of bricks above, plus brick copings (east and south-east walls). These latter walls are the highest, up to 2.5 metres, and visible from Church Road and the church yard. The upper brick layers, approximately half the height, are stretcher bonded or English Garden Wall bonded, and the outer walls contain regularly spaced brick pilasters.

A double line of old apple trees follows the main north–south walk and continues through the modern wall at the north end into the neighboring garden. There are also infills of more recently planted apple and pear trees. There is very little evidence of fixtures for original wall trained fruit. 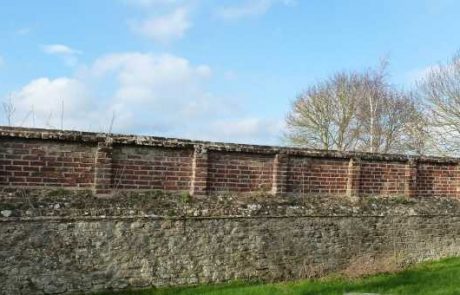 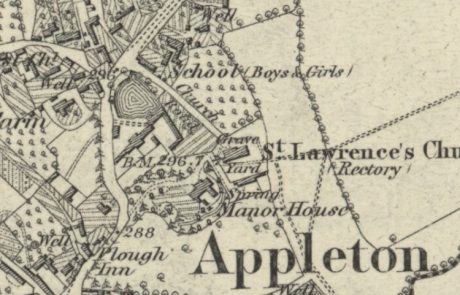 The kitchen garden walls, with the gatehouse and barn, are listed Grade II by Historic England as buildings of special architectural or historic interest.

Good. The walls and paths are extant.

Privately owned, not open to the public. Two outer walls (east and south-east) are visible from the church yard and its approach road. 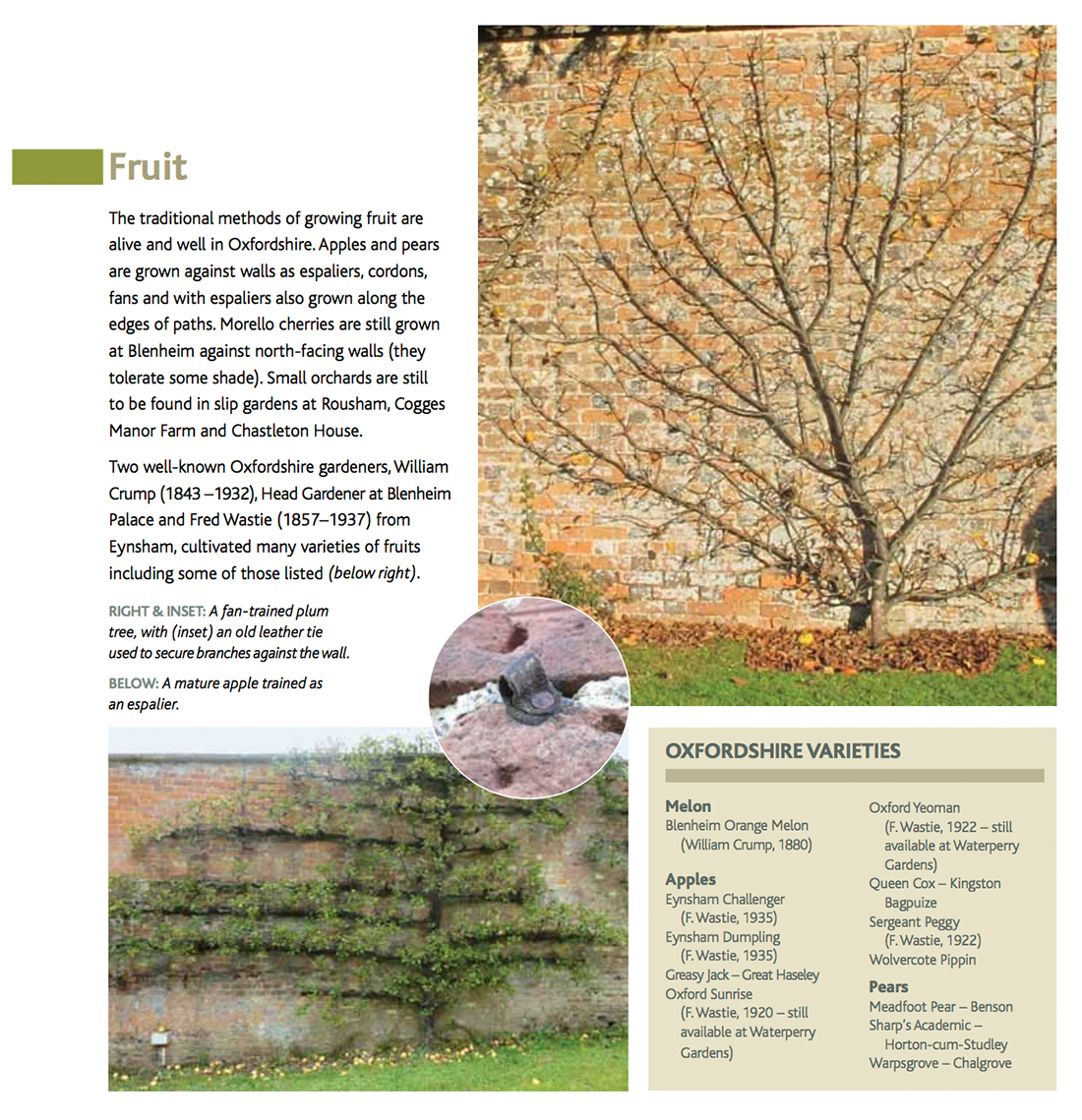