This large rural estate lies five kilometres east of Chipping Norton, comprising early 18th century formal and informal pleasure grounds, with later additions. The mansion house, built 1706–11, was badly damaged by fire in 1831. The estate was purchased by Thomas Brassey in 1869 and the architect Alfred Waterhouse was employed to restore the interior of the mansion and to make various other improvements including the construction of a new walled garden in the later 19th century. An earlier walled nursery garden lies to the south.  The mansion and park is currently occupied by an hotel and golf club.

The Victorian walled kitchen garden lies 275 metres east of the mansion, occupying a rectangle of 0.85 ha, orientated north-east to south-west. The 1st edn OS (1880) map shows glasshouses along the length of the inner north-west wall, and five further glasshouses or frames in a yard to the north. There were perimeter and cruciform paths, and paths around the outside walls in the slips to the east, south and west. All these features are shown extant on the 3rd edn OS (1922) map. The 1st edn OS map also shows plantings, possibly fruit trees, alongside the paths in the slips and the garden.

The original brick walls are complete. In the middle of the north-west wall is a two-storey brick tower with a round-arched gateway, and a water tank on the first floor. This was the original entrance from the frameyard, and there are central arched pedestrian gateways in the other three walls. At the centre of the garden is a circular dipping pond, with a decorative edging in Pulhamite. Modern glasshouses now line the inner north-west wall while the outer face has a range of garden stores and sheds. Well-preserved iron fixtures survive on the outer east, south and west walls. The original gardener’s cottage stands at the north east corner of the garden.

A rectangular walled nursery garden lies 400 metres south of the Victorian walled kitchen garden and is shown on the 1st edn and later OS maps. Built of stone and lined with brick, this 18th century garden has the same orientation as the Victorian kitchen garden, an area of 0.83 ha, perimeter and cruciform paths, slips to the east, south and west walls, and a central dipping pond. 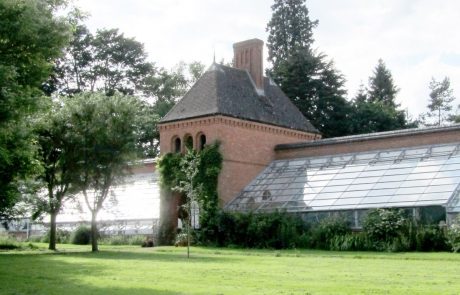 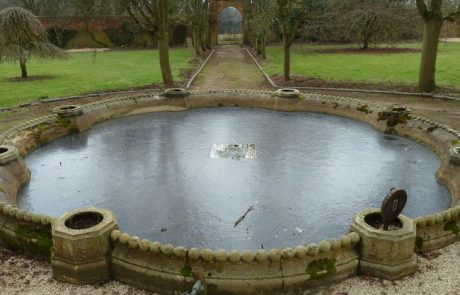 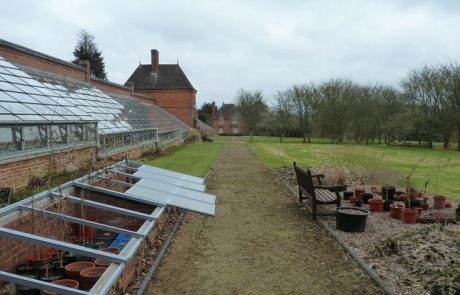 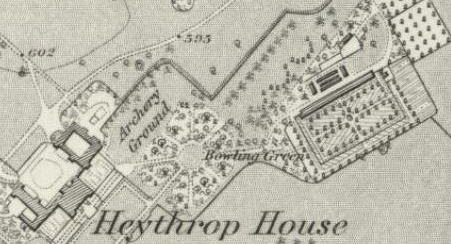 The kitchen garden is largely laid to grass, with a wide variety of ornamental shrubs and small trees in the borders, both internally and externally. The frameyard is now a car park.

Heythrop Park is included in the Historic England Register of Historic Parks and Gardens at Grade II*.

The walls, gateways, paths and central pond are extant.

Not open to the public, except by special arrangement with the hotel management.