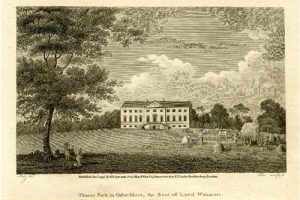 Thame Park, engraving 1786 © The Trustees of the British Museum

Thame Park House was a former Cistercian abbey founded around 1140. The estate was acquired in 1547 by Lord John Williams who demolished many of the abbey buildings although retained the Abbot’s Lodgings and kitchen wing. The property was inherited by his daughter Isobel and husband Sir Richard Wenman. In the 1740s, Philip 6th Viscount Wenman built a Palladian wing to the house, and in 1758 he consulted Lancelot Brown about landscaping the park. There was major work on the house and grounds in the 19th century, and since 2000 there has been extensive restoration work.

The only definitive evidence that Brown was consulted by Philip Wenman comes from Brown’s Drummond’s Account 1753─1783. Two payments are recorded, one by Philip for £100 in 1758 and the second by Lady Wenman for £200 in 1759. These rounded-up figures suggest that landscaping work was on-going at the time of Philip’s premature death in 1760. But he left significant financial debts due to his disputed Parliamentary election and therefore it is possible that any major work was delayed. 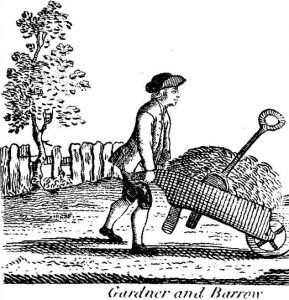 The extensive pleasure grounds lie to the north and south of the house, with the Old Park to the west, the large serpentine lake or Fish Pond to the east and the New Park beyond. The lake is likely to have been created out of medieval fishponds, possibly developed at Brown’s suggestion. To the south-west of the lake was an icehouse that is recorded on the 1st edn OS (1881) map, although it seems not to have survived. Again, this could have been a feature suggested by Brown, as well as the area between the parks that is thought to have been used as a water meadow. South of the house are the remains of an 18th century stone ha-ha dating to the Brown period.

The Old Park, incorporating a medieval deer park, has many mature trees and clumps, and is bounded on the west by belts of trees. Most of the 25 veteran oaks in the Old Park are probably 400─500 years old. Within the pleasure grounds are the remains of three 18th century shrubberies which include holly, box, and yew – one of which is over 400 years old. Also in the pleasure grounds are several trees that are mid/late 18th century in date, including three large Cedars of Lebanon close to the house.

A family home with commercial offices on site. The current estate is c. 210 hectares.

Around the house are the pleasure grounds with ornamental planting. There is a large productive walled garden, a serpentine lake with waterside planting, and a temple (installed c.2000) on one of the two islands. There is a Victorian ‘trout race’, and the remains of an 18th century stone ha-ha and a 19th century brick ha-ha. The parkland has mature trees and the remains of a medieval deer park.

The landscape garden and parkland lie within the Historic England Register of Historic Parks and Gardens at Grade II*. Further information is available in the National Heritage List for England.

Buildings and structures of special architectural or historic interest listed by Historic England are:  House (Grade I), while the following are all Grade II – the stable block, lodges and gateway (a screen wall of 7 bays at 1050m NW of house), kitchen garden walls, fountain (50m W of house), the chapel of St Mary, gate piers and gates (170m W of house), and the south entrance gates, piers and lodges.

The lake and water features have been dredged and restored in recent years including the trout race. The chapel, main house and outbuildings, and the two ha-has have been restored. There have been many tree losses in the parkland but new trees have been planted. 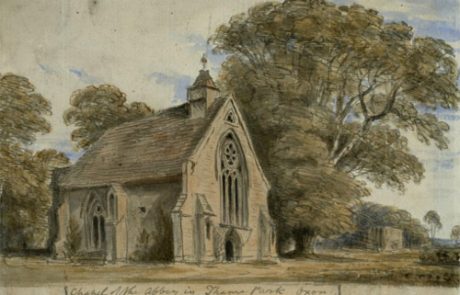 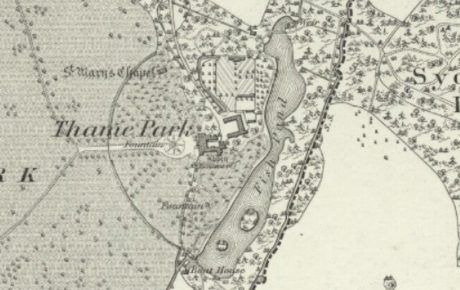 A private family home, not open to the public. A public footpath crosses the estate diagonally from north to south across the Old and New Parks.