The house has its origins in the 14th century and was possibly erected around a courtyard within the moat. This was substantially altered in the late 16th century. Then the property passed to Edward Richards in 1694 who made various additions and alterations and who probably, at this time, developed the enclosed garden and terraces.

The garden of approx 1/3 acre, is situated 109 metres from the moated house. It is rectangular in shape, with walls on north, west and south, with north/south aspect. The Ist edn OS (1878) map shows the south wall extending eastwards as part of a much larger enclosure. Historically this was a productive garden with glasshouses both in and outside out the walls as well as a frameyard to the north. The walls are built partly of limestone rubble and partly English and Flemish Bond brickwork, with buttresses against the inner side of the west wall. 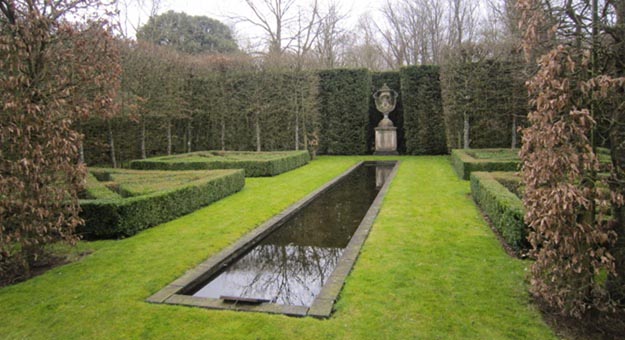 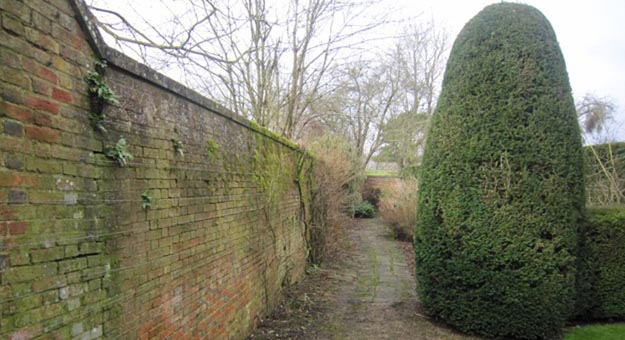 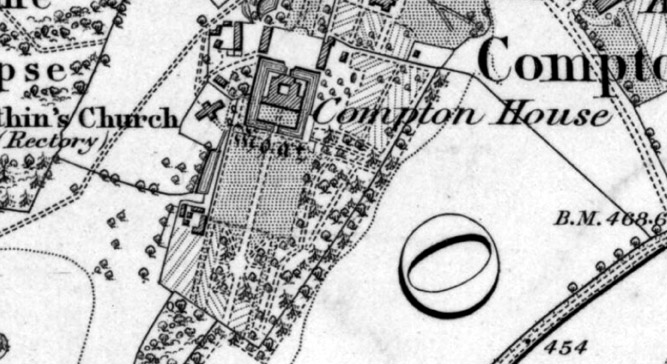 Currently the garden is ornamental with a modern swimming pool replacing the frameyard. A perimeter path follows the line of the original. The present garden is divided into sections by high yew hedges and features two rills and an ornamental rose garden.

Two wells: one against north wall; the second outside south east corner of walled kitchen garden.

The garden walls are complete, however the planting, frameyard and glasshouses are no longer extant.

Privately owned, not open to the public but the house is clearly visible through the entrance gates.