A public park bought by Risinghurst and Sandhills Parish Council in 1959, with the help of The Playing Fields Association. Before the official opening in 1965 the park had to be cleared of some trees, levelled and drained. Since then it has become home for a range of cricket and football clubs and enjoys an annual fireworks display and summer fete.

The purchase of the park was in response to the growing need of recreational space in the expanding population of the parishes of Risinghurst and Sandhills. The conveyance of land between Nielsen and the Parish Council stated it was for the ‘purposes of the Physical Training and Recreation Act, 1937’. To that end the Parish Council raised funds to provide a fit-for-purpose recreation space, including a changing pavilion.

The 4 ha ground lies of the eastern edge of the Risinghurst Estate and benefits from uninterrupted views of countryside to the east and Shotover Hill to the south. There are three entrances to the ground. The main entrance on Grovelands Road is from the Risinghurst estate and bears a plaque indicating the support in its creation by the Playing Fields Association; the north entrance from the London Road runs along a tree-lined footpath and the south entrance meets the footpath descending from Shotover Hill.

Early Ordnance Survey (OS) maps show two fields with similar boundaries as the ground today, except the south field was divided into three strips with hedges and trees dividing them. These were cleared for the creation of the recreation ground. The levelling of the land created a central rise in the ground, which has benefited spectators wanting to watch cricket and football matches.

The principal horticultural features in the ground are a number of mature trees including five oaks, ‘noted’ by the Woodland Trust. There is also the remnants of a pond shown on the 1881 OS map which may have pre-dated the local clay and stone pits. Within the last ten years the southern most part of the ground has been turned into a wildlife meadow.

The ground sits on Kimmeridge clay which can easily waterlog. Over the years three separate drainage systems have been installed to combat this – the latest in 2020. 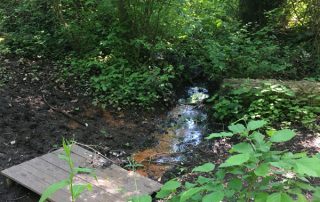 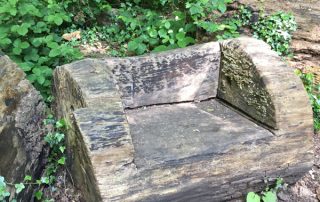 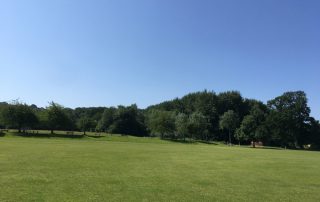 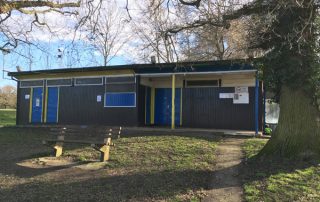 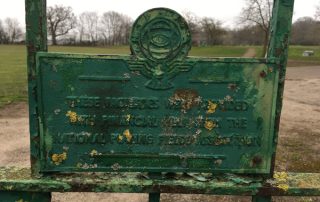 The thriving football club, Headington Youth FC, currently has 13 active teams – Boys Under 7s to Boys Under 18s and Girls Under 9s to Girls Under 12s. There are two senior cricket clubs. The large recreation ground is very popular with dog walkers and runners.

The land was purchased by Risinghurst and Sandhills Parish Council and is managed by them. Public access is available 24 hours.

Wright, I. and Wright, J. (eds) (2018) Shotover: the life of an Oxfordshire Hill, Newbury: Pisces publications