A public park was opened on Manor Road, Wantage in 1920 as a memorial to the fallen of the First World War. The park offers leisure space with sports and play amenities, whilst providing the people of Wantage with opportunities for enduring commemorations.

The park was created as a memorial to the fallen of the World War I. This was in response to public calls for a recreation space in a safe environment, from as early as the 1880s. In 1919 Edward Brookes Ormond, 4th generation of a well-respected and prominent local family, gifted the land for the recreation ground on behalf of his father. It was formerly opened on 13th May 1920.

The 7 ha park lies 500m south of Wantage Market Place, with the adjacent A338 to the west, while to the east the chalk ground slopes gently upwards to agricultural land. There are five entrances to the park, all from the west. The main gates are at the north-west corner and these are the principal (replaced) memorial gates, comprising a single and a pair of decorative iron gates supported on brick piers, with two memorial plaques.

Early Ordnance Survey (OS) maps show a field with similar boundaries as the park today, except the land extended further north into a cricket field – land that was later to become the Comrades Club and a primary school. By 1937, the OS map shows the park occupied the same land area as today; there was a new pavilion building that was given to the town in 1934, and a tennis ground that was to become a bowling green by 1968. By that time there was a new tennis court, a putting green, and the playground had at least a paddling pool, sand pit, a cast iron drinking fountain, plus a wooden fort in the north-east of the park. An interactive water feature replaced the paddling pool in 2009. Near the main gates is a bandstand that is thought to have been erected at the end of the 20th century.

The principal horticultural features in the park are a beech avenue that crosses the park from east to west, tree lines around the boundaries, three groups of mature trees, plus single specimen and small groups of young deciduous trees. The original trees were probably planted no earlier than in the mid to late 1930s. The most common trees today are limes and sycamores around the boundaries. 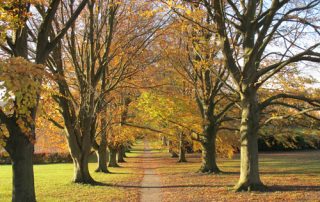 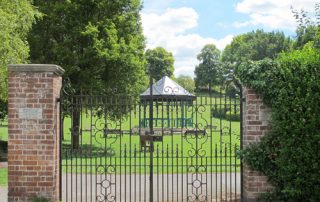 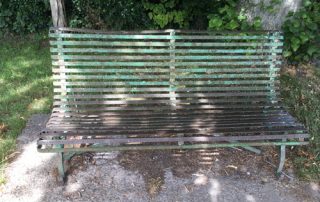 There is a children’s playground comprising climbing frames, play equipment and an interactive water feature. Other facilities are a bowling green, six tennis courts and a large grassed area for a range of other leisure activities.

Tree-scapes include tree lines around the periphery and a beech avenue across the park. Views are northwards over the town and southwards to the Ridgeway and Downs.

The land is intact as when it was opened but some of the recreation facilities have moved (tennis courts), been altered or replaced (paddling pool and other play equipment), or have been removed (a putting green and a Pitch and Putt course).

The land was gifted to the town by E.B. Ormond and is currently managed by Oxford District Vale of White Horse. It is open to the public during daylight hours.