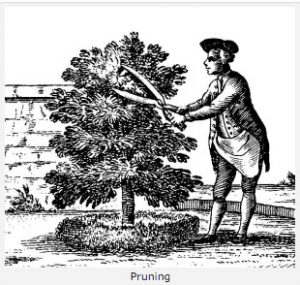 In the 17th century, Sir Charles Wilmot built a Jacobean Mansion on the site of an earlier building that had belonged to the diocese of Winchester. It was later remodelled several times but was mostly demolished in 1808 and then rebuilt and enlarged. In the 20th century, the estate was requisitioned by the War Office, then taken over by Oxfordshire County Council, and eventually sold into private ownership in 1992. The area of land around the lakes was separated to form a Nature Reserve that was eventually sold to Adderbury Parish Council. 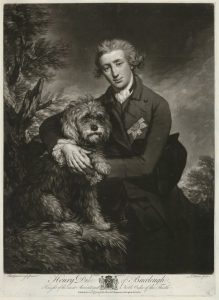 In 1760-63, the Dowager Duchess of Argyll commissioned Lancelot Brown to design the park and gardens. In 1767, the 3rd Duke of Buccleuch inherited the property from his grandmother and began major work on the house with the help of Sir William Chambers and others to convert it to a grand Palladian country mansion. Brown’s account book contains an undated note for a journey to Adderbury and the preparation of a plan for alterations to the park and gardens for the Duke. Brown’s sketch included ‘a fine serpentine stream’ but this does not appear to have been implemented. There is no certain evidence if any elements of Brown’s design were used at this time although some features may have influenced later developments.

In 1774, the house was sold and at this time the grounds covered 224 acres of flower gardens and parkland, enclosed with a verge of evergreens and forest trees. The parkland and lakes to the south of the house contained an extensive number of trees and plants although the oldest and largest tree, an oriental plane, is now only 180 to 200 years old. There are two lakes, originally termed fish ponds on early maps, linked by a cascade under a wooden bridge. In 1826, William Hunt Chamberlin bought the house and park and in 1848 he began to make the lakes more ornamental and the surrounding area into a pleasure garden. He lined and reinforced parts of the top lake, installed a sluice and spillway, constructed a boathouse and a summer house, and created a bog garden below the lower lake. The ice house is probably also 19th century. Brown’s plan may well have inspired these works. 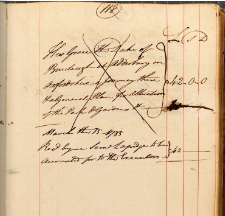 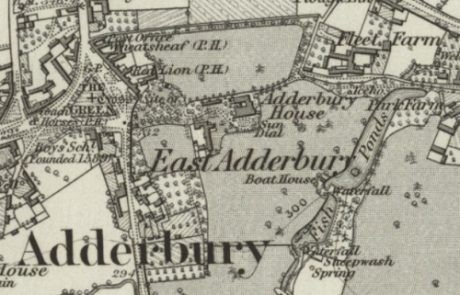 Private house. The area of land around the Lakes now forms a Nature Reserve that was eventually sold to Adderbury Parish Council.

The landscape garden and parkland is not within Historic England’s Register of Historic Parks and Gardens.