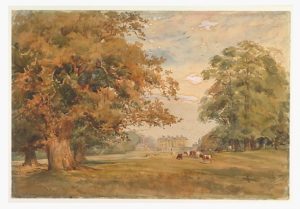 The park occupies around 305 hectares and lies 13 km north of central Oxford, bounded by Kirtlington village, agricultural land, and a short stretch of Akeman Street to the north. The Palladian style mansion was built by Sir James Dashwood in 1742─6, replacing Northbrook Manor. The new house was designed by William Smith of Warwick and John Sanderson, starting from plans by James Gibbs and occupying a clearing in the Great Wood. The Dashwoods continued to live at Kirtlington Park until 1909 since when it has been sold several times and is currently split into several ownerships.

Thomas Greening, the royal gardener, was commissioned by Sir James Dashwood in the mid-1740s to landscape the park and gardens, although his design was not fully implemented. Greening’s design shows broad straight clearings to the north and south of the mansion and a straight wide terrace running west to east at the rear. 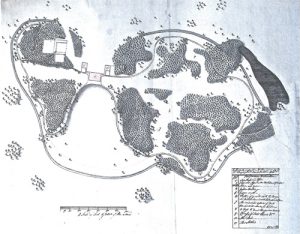 It is not known why the full extent of Greening’s plan was not implemented but Sir James contracted Lancelot Brown in 1751 to redesign the park and garden. Brown inherited Greening’s level terrace walk, which he retained but he broadened the clearings both to the north and south of the house, whilst blending sweeping grassed areas with strategically grouped trees. Characteristically he encircled both the park and the house with tree belts with openings to provide vistas to pleasing views from each of the house facades. The Pleasure Garden was a mixture of arboretum, wilderness and flower-garden and at its edge he constructed a dry-stone walled ha-ha that separated it from the park except at the north-west. Here the drive crosses the north park, leading to a carriage sweep to the front of the mansion. There are several bodies of water, the largest being a serpentine lake on the southern boundary of the park, possibly original fishponds enlarged by Brown. A rectangular fishpond lies to the north-east of the park and a row of smaller ponds to the south-west. Although Brown didn’t construct as many pavilions as Greening designed, he did erect at least six ornamental huts and also placed seats at strategic viewpoints. Roundels of trees were placed between the lake and the house allowing clear views to the lake. Recent replanting of over 20,000 trees on the estate has reinstated much of Brown’s design.

The Pleasure Gardens are used for commercial events. The land to the north (front) of the house is agricultural and used for grazing cattle. Land to the south beyond the ha-ha is used for equine grazing for Kirtlington Polo Club, beyond which is agricultural land stretching to the lake. This has been partially dredged in recent years and it is used by a local fishing club.

These include the terrace walk with ornamental planting around house, the stone ha-ha and walks within the grounds, the naturalised lake and ponds, and the landscaped parkland with mature trees and restoration planting.

The oldest trees are oaks and yew which appears consistent with the planting date of the late 18th century. Other abundant trees are sweet chestnut, beech, ash and sycamore, and there are also mature conifers, chiefly cedar, on the edge of the park. Photographs taken by Henry Taunt c. 1905 clearly show the extant Cedar of Lebanon.

The landscape garden and parkland lie within the Historic England Register of Historic Parks and Gardens at Grade II. Further information is available in the National Heritage List for England: www.historicengland.org.uk/listing/the-list/1001286

Buildings and structures of special architectural or historic interest listed by Historic England are: the House (Grade I), and the Dairy, Stable Court, and the Lodge with attached gates are all Grade II.

Much of the site remains as it was in the 18th century. The sweeping drive rolling up to the mansion has not been changed. There is active replanting of trees to replace aged clumps and woodland in the style of Brown. 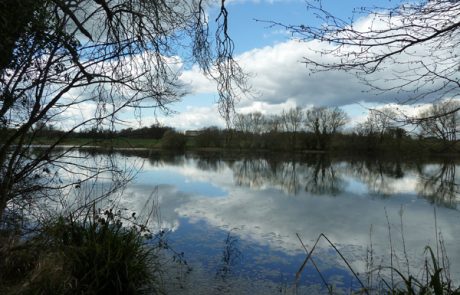 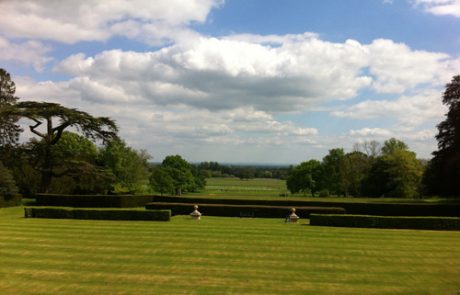 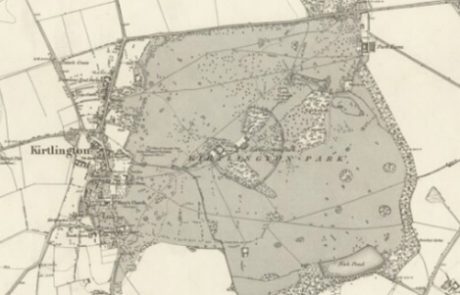 The Park is in private ownership, with commercial event opportunities: Kirtlington Polo Club and the fishing club on the lake. There are public footpaths on the estate and the Oxfordshire Way crosses the estate.