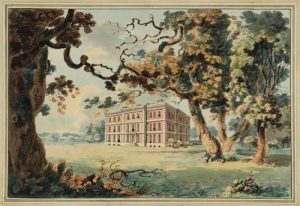 The Radley estate was owned by Abingdon Abbey from the 12th century until the Reformation when it was eventually purchased by the Stonhouse family. Sir John Stonhouse replaced the old manor house with Radley Hall, built by William Townsend in 1721─7. Sir John died in 1768 when his son William inherited the estate. The Stonhouse family occupied the Hall until the 1840s when it was leased as a school. In 1847 Radley College was founded (purchased 1889) since when it has remained a boys’ public boarding and day school, with recent extensive development.

In the early 1770s, soon after inheriting the estate, Sir William Stonhouse employed Lancelot Brown for landscaping work. Brown’s only surviving account book and his bank accounts show payments made to him for £600 in 1770─71 and a payment of £72 in 1773. However, it is unclear what these payments were for although early maps and paintings suggest that these may have included the lake, a ha-ha, shelter belts and clumps of trees. 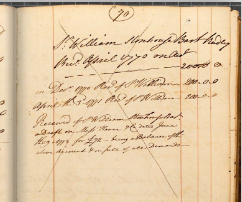 There was already a lake or fish pond in existence and it seems plausible that Brown may have remodelled this, perhaps also adding the sluice for drainage. Evidence for a ha-ha comes from a painting by William Turner made in 1789 of Radley Hall from the south, which shows a ha-ha curving around the house front. The ha-ha is not visible on Rocque’s map of Berkshire published in 1761 and therefore it may well be a feature that was implemented by Brown. Rocque’s map shows two main double avenues of trees running to the north and to the west. These avenues do not exist in later maps (except the recently replanted west avenue) and it has been suggested that Brown selectively removed trees in order to create his signature clumps of trees. The Ist edn OS (1830s) map shows shelter belts to the west, south-west, and south-east, and again these may have been part of Brown’s design. A few ancient oak trees survive, some over 400 years old. Lime and elm trees were felled in 1970s, of which some were tree ring dated to about 1729. Others were dated to about 1769 so these were possibly Brown plantings.

Boarding and day school including ornamental lake and private golf course.  Area of the modern grounds is around 800 acres (324 ha). 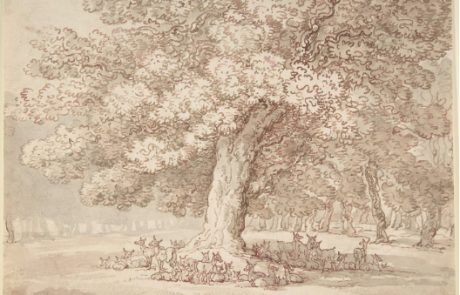 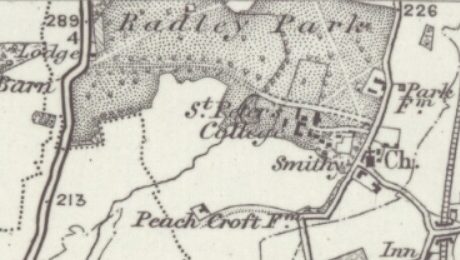