This is an open grassed area with a variety of trees and wooded scrub at the margins. It provides a link between the city and west Oxford and offers access to the adjacent historic Willow Walk and Monks Causeway and direct access to the ancient Hinksey Meadows.

The 2.1 ha field is 1km from the rail station, on the south side of Botley Road. The land is flat and low-lying being part of the Thames floodplain which frequently floods. King George’s Playing Field connects with the adjacent Oatlands Road Recreation Ground via a wooden bridge at the north-east corner.

There are areas of scrub and undergrowth along the margins where willows dominate, together with alder, hawthorn and shrubby trees and bushes of species that have colonised the margins. The east boundary follows the curves of Bulstake Stream. In summer, selective mowing of paths and edges encourages a meadow to develop in the centre of the field.

King George’s Field provides a link between the city, North Hinksey, Botley and other parts of west Oxford. The two entrances at the south side provide access to the walks available on Hinksey Meadows, Willow Walk and further afield. There are no play or sports facilities here, but these are available on the adjacent Oatlands ground.

Immediately to the south of the playing field are Hinksey Meadows owned and managed by Oxford Preservation Trust. The 13 ha meadows were purchased in 1997 since when they have been managed as hay meadow to continue the long tradition with a hay cut in July which has created a flower-rich meadow. Closeby is Willow Walk pathway which lies to the east and south of the recreation ground. This was created as a route between the village of North Hinksey and Oxford and was opened to the public in the 1920s. 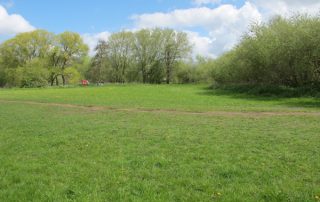 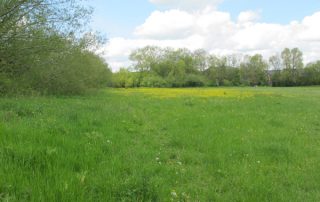 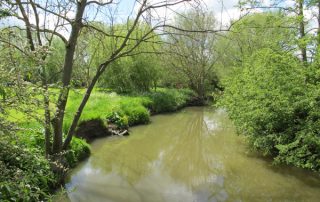