Located to the south-east of Stadhampton and to the east of Ascott Park (although not within its boundary), this former farmhouse lies adjacent to Ascott Farm. There are two walled gardens. The house and north garden are shown on the tithe map of c. 1839, whereas the south garden is not shown until the 1st edn OS (1881) map.

The two walled gardens form a rectangle to the west of the house, occupying 0.3 ha, with the south garden adjoining the south wall of the north garden to form a north-south orientation. At present both are predominantly laid to lawn and the original paths shown on 1st edn OS map are no longer visible.

The north garden, apparently the older, has two rounded corners to the walls at the west distal end, which are shown on the tithe map. The south garden butts the curve at the junction between the two gardens. Here the 1st edn OS map shows a glasshouse along the inner west wall of the north garden, as well as another on the inner north wall of the south garden. Neither survives but the location of the latter is clearly visible as three wood-lined apertures or vents in the wall. Traces of a building between the two glasshouses may be the remains of a boiler house. Two small buildings, perhaps bothies, shown on the 1st edn OS map at either end of the east wall of the south garden, are now substantially restored.

The outer walls are predominantly limestone rubble except the north wall which is brick-built in Irregular Bond. Inner walls are mainly brick, either Flemish bonded or English Garden Wall bonded, except the south walls of both gardens which are random rubble limestone with occasional brick infills. Most walls are surmounted with rows of stepped bricks, with up to ten rows of bricks visible in places, plus rounded stone copings. The most southern wall is swept at both ends, and the outer south-west corner has quoins inserted within the stonework, said to be from a demolished nearby medieval chapel. 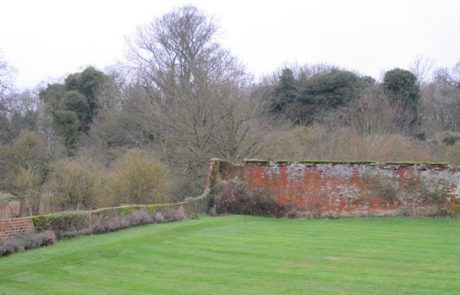 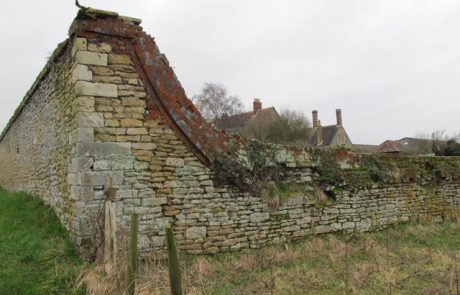 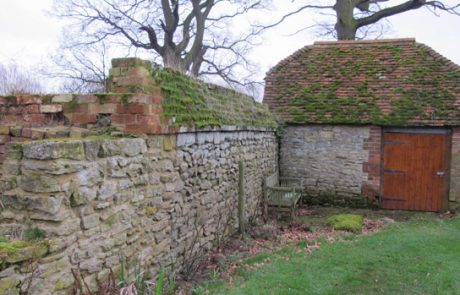 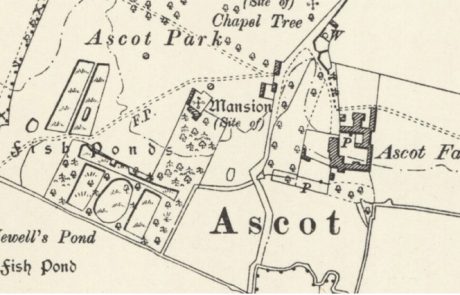 Ornamental with some trees, shrubs, herbaceous beds and fruit trees.

Ascott Manor walled garden is included in the Historic England Register of Parks and Gardens at Grade II.  Further information is available in the National Heritage List for England.

Privately owned and not open to the public.

Map reproduced by permission of the National Library of Scotland – Maps