The original manor house was surrounded by a moat and later converted into cottages which date from the 17th century (Grade II listed). It has a small rectangular walled garden (not surveyed) and outbuildings including stables, farm buildings and a mill house. At the end of the 19th century, a more modern house was built on higher ground which in turn was rebuilt in the early 1920s. It is now a residential care home.

The early 20th century walled garden adjoins the aforementioned smaller walled garden and occupies an area of 0.7 ha. Created in the early 20th century, it was first shown on the 3rd edn OS (1912) map as rectangular in shape with the long axis approximately west to east. There were wide cruciform paths and a range of glasshouses outside the south east corner, demolished in the 1960s. A bothy, potting sheds and a boiler house were built outside the south wall which were converted into two residential properties in the second half of the 20th century and the walled garden divided.

The walls are constructed in brick throughout, mainly in English Garden Wall Bond, with ornate brick copings. The walls are high, up to 3.5 metres, supported by buttresses, and some sections are decorated with chequerwork pattern of red brick and vitrified black headers. The inner and some outer walls are covered with hooks and other fixtures for supporting plants. There were wide, brick piered entrances in the centres of the west and east walls, whose locations are alluded to on the 3rd edn OS map. The west wall was shared with the aforementioned earlier small walled garden to the east of the stable yard. 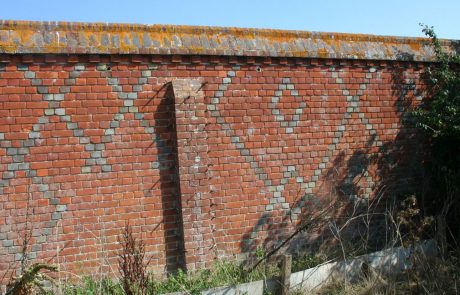 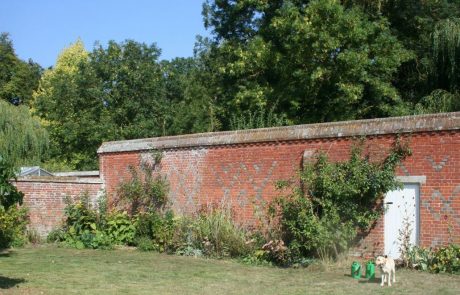 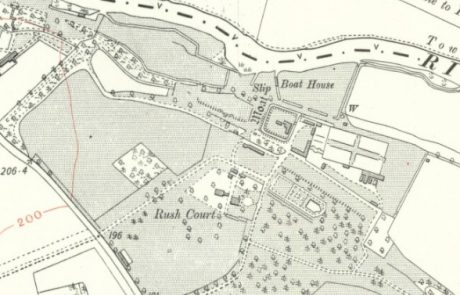 Ornamental. Largely laid to lawn, with herbaceous perimeter borders and several fruit bushes and trees. Two large mulberry trees to the west may date from the building of the walled garden.

None for the walled garden

Fair. There are alterations to walls, buildings and use. The cruciform paths do not survive.