Broughton Hall lies in the hamlet of Broughton Poggs which adjoins the village of Filkins, five kilometres south-west of Carterton. The former manor house, said to originate from the 16th century, was altered in the 17th and early 18th centuries, with further alterations and extensions circa 1800 and later. Now divided into separate residences.

The 1st edn OS (1878) map shows the house surrounded by a series of gardens, some probably formal and ornamental, others possibly orchards. Joining the south-west of the house was a rectangular kitchen garden with perimeter paths, of area 0.14 ha.

Walls are squared and coursed limestone with stone copings, built circa 1800. The south-west wall continues to the north and south in rubble stone, this forming the north east side of Lady’s Walk. There are gateways with a segmental ashlar arch and keystone in both the south-east and the south-west walls of the kitchen garden. Built into the south-east wall at the south corner is a small square gazebo in two storeys built circa 1800. It is made of coursed rubble limestone with ashlar dressings and roughcast upper storey. Access to the ground level storage space is from the kitchen garden but the upper storey is accessed from outside the kitchen garden. 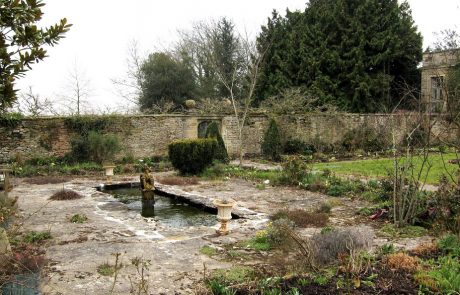 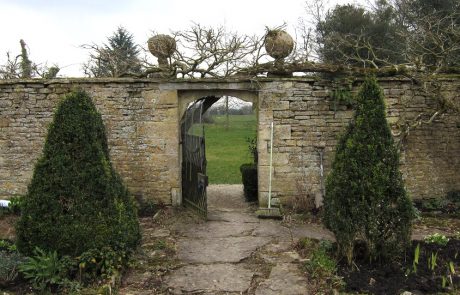 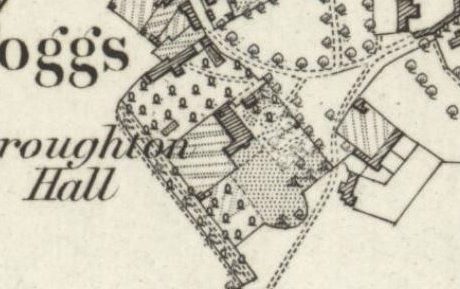 Walls are generally intact but there is little evidence of the former kitchen garden.

Map reproduced by permission of National Library of Scotland  – Maps