The manor house was built by Sir Robert Dormer in the 1630s and enlarged by William Kent in the 1730s. The earliest gardens were established to the north of the house (the present bowling green) and a walled garden containing a dovecote was to the east. The pleasure gardens were laid out by Charles Bridgeman and subsequently remodelled by William Kent. The grounds and house remain in the same family and the landscaped gardens are largely unaltered since the 18th century.

The walled gardens lie to the east of the house and stables and comprise three connecting walled kitchen gardens covering 1.0 ha, and originally two orchards to the east covering another 0.27 ha.

The earliest walled garden, the Pigeon House Garden with frameyard, is shown on the 1st edn OS (1875) map to contain a dovecote, several glasshouses and other buildings. The original glasshouses no longer survive. There is a two-storey stone gardener’s house or produce store at the south-east corner. On the north wall is a brick bothy or boiler house built to the rear of one glasshouse, and the frameyard contains a late 19th century brick bothy at the north-west corner.

To the north, the largest or main kitchen garden lies on an east-west axis with the principal pedestrian gateway to the kitchen gardens at the south-west corner. The north wall once had a 20 metre long glasshouse half way along, which was heated via a boiler house located outside the north wall, shown on the 1st edn OS map.

To the east of this garden is a walled vegetable garden. Further east is a walled orchard and originally there was an additional part-walled orchard to the north and east. A further very small walled enclosure connects the three main kitchen gardens to St James’s churchyard to the east. 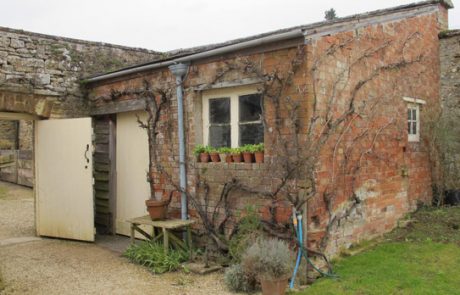 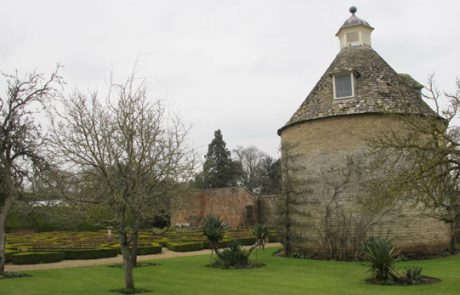 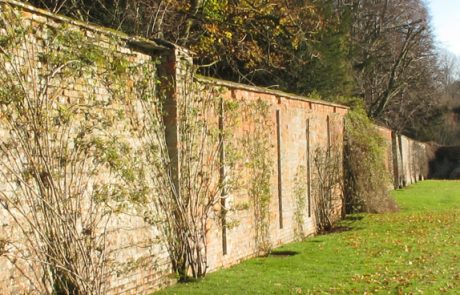 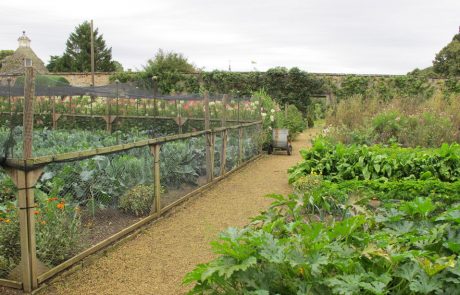 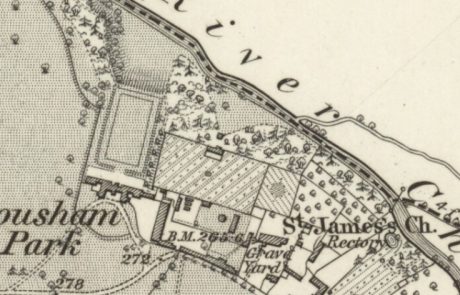 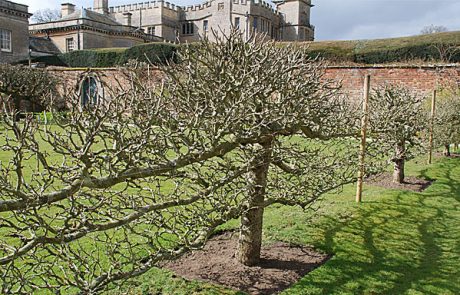 Productive and ornamental. The main kitchen garden has fruit trees lining the walls and along the central east-west path, plus wide herbaceous borders. The vegetable garden is in full productive use for vegetable, fruit and flowers. The Pigeon House Garden has several mature fruit trees. The walled orchard contains principally mature apple trees but the second orchard no longer survives.

Dovecote, with date stone 1685.  Plant labels survive on several old fruit trees. Main kitchen garden has a stone well, a small dipping pond at the centre, and brick footings of a boiler house outside the north wall.

Rousham Park is included in the Historic England, Grade I, Register of Historic Parks and Gardens, and the walled kitchen garden lies within this. The circular dovecote is listed Grade II* as being a structure of architectural and historic interest.

Good. The original greenhouses no longer survive although footings and other traces are visible.

Map reproduced by permission the National Library of Scotland –  Maps