At the narrow north end of the garden there are three glasshouses in an east-west row, all of which are shown on the 1st edn OS map and are now derelict. Each has a lean-to shed or bothy attached to north side. The glasshouse to the west has an additional small building attached, perhaps a privy while the one at the centre is a larger building with windows, a loft, and the remains of a boiler and chimney. The third glasshouse has a taller lean-to structure, now inaccessible, which is not shown on the 1st edn OS map but is visible on 2nd edn (1899) and later OS maps. The centre and east glasshouses both have a cold frame attached to their south sides, although these might be later additions. A fourth glasshouse, shown on the 1st edn OS map just to the north of the row of three does not survive. This area may have been a frameyard.

The walls run south-east on the east side of the kitchen garden, and south on the west side. The walls are tall (2.4 – 2.9 metres), brick built in English Garden Wall bond and Irregular bond, and supported by numerous brick buttresses. The west wall is part restored due to storm damage. Copings are half-round brick, where original. 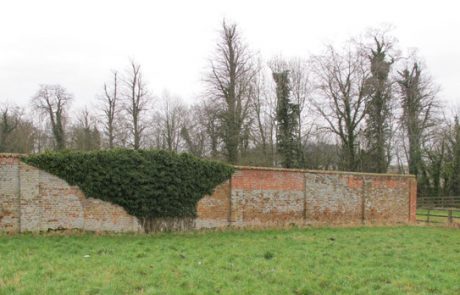 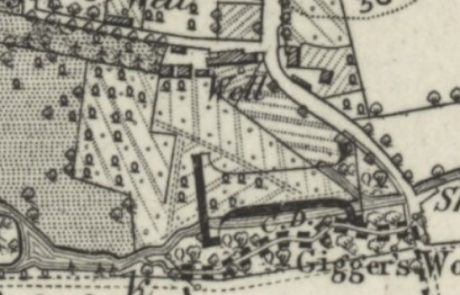 Derelict since mid-20th century. Southern half is now used as a paddock.